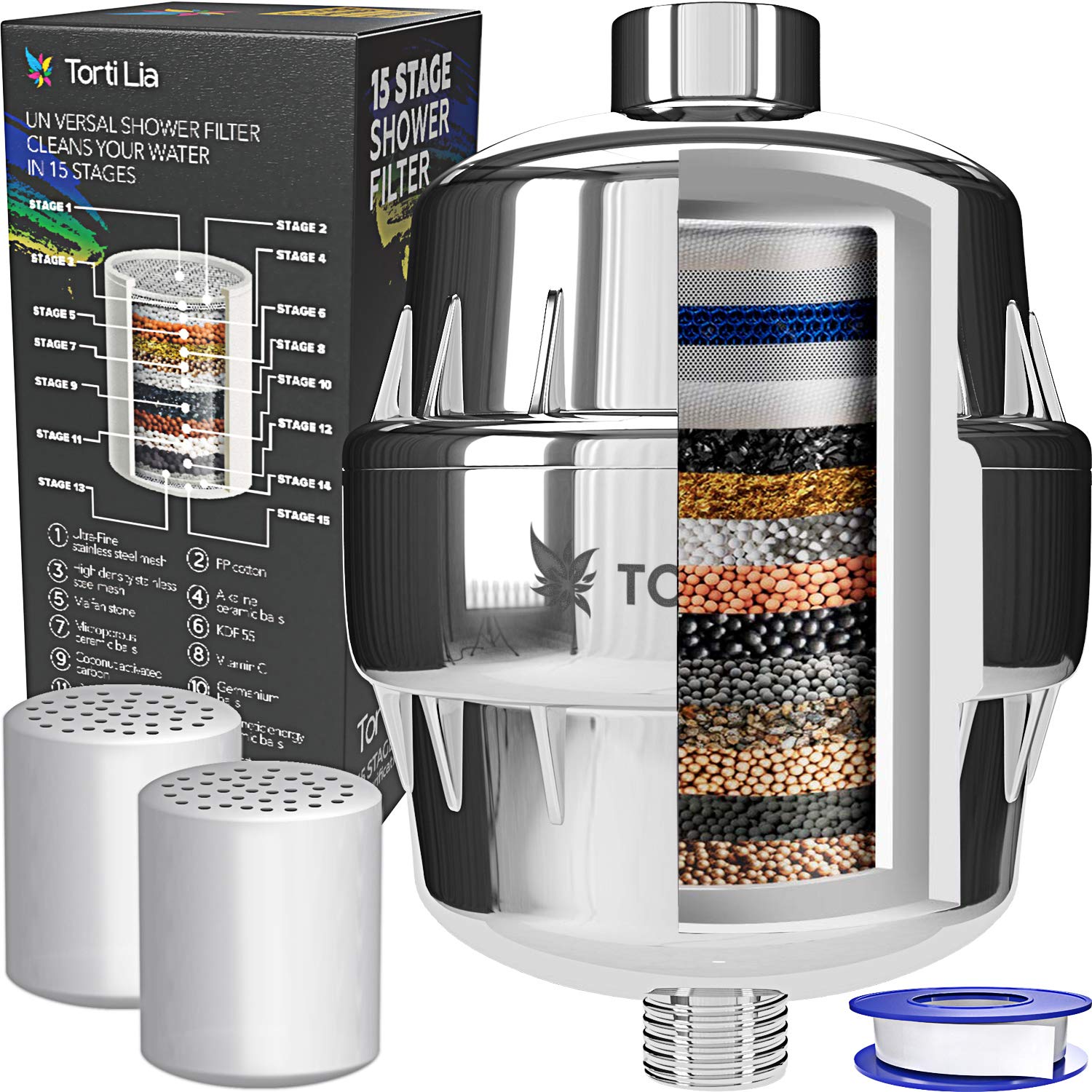 Post contains affiliate links. As an Amazon Associate I earn from qualifying purchases.

Looking for the best water filter for the shower?

More and more people are seeking to reduce the level of contact they have with contaminants, directly onto their hair and skin, through the use of a water filter for the shower or a bath ball water filter.

This article uncovers why some shower filters may be a better option than others, plus directs you to some of the best options available.

Top Picks At A Glance:

Why Use a Water Filter for the Shower?

Whilst a small amount of chlorine will likely not do much harm, long term exposure and build-up of chlorine can damage hair and skin, both of which are highly absorbent. Chlorine is also re-vaporized in the shower, which means it can easily be inhaled into the lungs, plus the heat of the water opens your skin pores, allowing the skin to absorb contaminants more easily.

Up to 60% of the chlorine many people absorb on a daily basis can come from showering. So using a water filter for the shower is a great way to reduce exposure to chlorine, chloramines and other pollutants.

Many people have claimed an improvement in conditions such as exzema, psoriasis or asthma after only a short period of using a shower filter.

Whilst chlorine is usually the major concern for people looking to purchase a water filter for the shower, shower filters are also often designed to reduce other pollutants, which may be in your water supply, such as chloramines, VOCs, (volatile organic compounds) scale, rust and sediment.

What Types of Water Filter for the Shower Are There?

There are 100s of types of water filters for the shower available on the market – many making huge claims at a very low cost.

Generally, the common types of water filter for the shower fall into 3 categories:

Activated carbon filters for showers are generally less expensive, since the activated carbon used inside these types of shower filter is relatively cheap.

However, whilst carbon filters can be great for reducing chlorine in drinking water, they are generally less effective in showers, since carbon filters were typically designed to be used with cold water.

The main limitations of carbon shower filters are that they:

KDF Water Filter for the Shower

Due to the limitations of activated carbon in shower filters, many shower water filters employ the use of a metallic medium called KDF. These use equal parts copper and zinc which initiate a process which liberates the free-roaming chlorine from the rest of the molecules in the water.

Whilst a KDF water filter for the shower can be very effective at treating chlorine, like the activated carbon shower filters, they are not effective at removing chloramine or combined chlorine in general.

And again, like carbon filters, KDF filters restrict the water flow, which can impact on low-pressure showers.

If you are not sure what type of chlorine your municipal water supply contains, contact your water supplier and ask or try a water test kit. 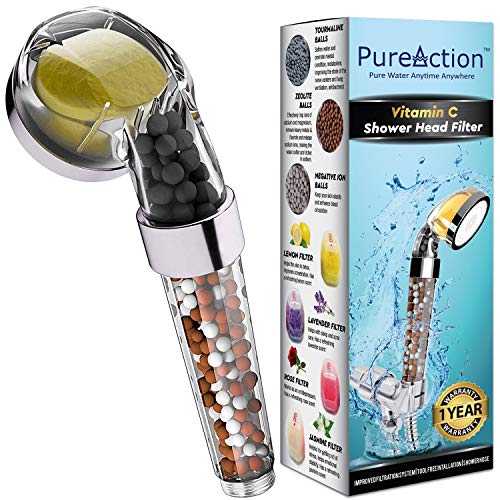 Vitamin C shower filters such as this one are arguably one of the most effective options.

These filters use a tube of ascorbic acid (pure Vitamin C) which interacts with the chlorine and the chloramines and neutralises them.

Their effectiveness does not diminish until the vitamin C in the replaceable tube cartridge is used up.

Key advantages of a Vitamin C shower filters include:

The Verdict – Recommended Water Filters for the Shower 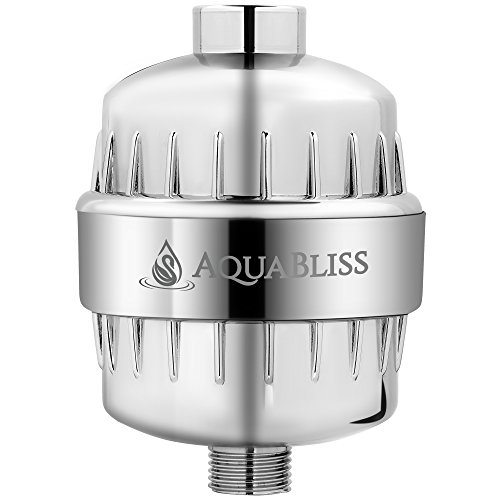 Both activated carbon shower filters and KDF shower filters have limitations. Neither can appreciably reduce or remove chloramines, which are now in many municipal water supplies.

So to efficiently treat both chloramines and chlorine in your shower water, consider a vitamin C based water filter for the shower.

If you just want to tackle free chlorine and issues such as scale build up, however, opt for something like the Culligan or AquaBliss.