Water is essential to life.

Around 60% of our bodies is made up of water and it’s estimated we need in the region of 2 – 2.5 litres of water a day to sustain it.

Even though some of this is obtained from food, that’s still a fair amount of water to drink on a daily basis.

And in the Western world, much of this water is likely to come out of a tap.

However, more and more people are starting to question what’s in our tap water supplies.

Water suppliers carry out comprehensive testing and monitoring of water supplies, in line with strict regulations, to ensure drinking water is clean and drinkable at all times.

These regulations are legally enforceable quality standards laid down by both European Directives and UK legislation. Similar regulations are enforced in the US and Canada, as well as in other Westernised countries.

However, whilst water companies test for a whole range of factors from colour and turbidity to metals such as lead or copper, this does not necessarily mean your tap water is pollutant free.

Water contamination can also occur on the way into your home, or even within the home itself via old plumbing or leaking pipes. Increasing environmental pollution can also affect our water supplies.

What is in Tap Water – 6 Common Contaminants

The most common contaminants you are likely to find in municipal tap water supplies are as follows:

Read on for more details concerning each of these pollutants.

Permanent water chlorination began in 1905 and today it is applied to virtually every municipal water source in the industrialised world and has been since the 1920s.

Chlorine is both easy to produce and relatively cheap and there is little doubt that there is no doubt that chlorination of drinking water has reduced water-borne diseases to a minor threat for most westerners.

However, there is increasing evidence that chlorine may not be too good for us either.

Chlorine can react with naturally occurring organic compounds found in our water supplies to produce compounds known as disinfection byproducts (DBPs). The most common DBPs are:

THMs are the main disinfectant by-products created from chlorination and are the ones linked to adverse health effects.

Their effects, however, do depend both on the duration of their exposure to the chemicals and the amount ingested into the body.

Chlorine can also affect taste and odour of tap water, plus research has shown it to dry out both hair and skin, as well as potentially contribute to skin conditions and ailments such as eczema, psoriasis or asthma.

Chloramines are most commonly formed when ammonia is added to chlorine to treat drinking water. Although less effective, chloramines last longer than chlorine in water.

Chloramines also still produce many of the same chemical byproducts as chlorine – just at lower levels.

Although less common that chlorine, fluoride is artificially added to water supplies in a number of countries around the world. According to Wikipedia, artificially fluoridated water is rarer in Continental Europe, than the US, where a large proportion of states receive water that has fluoride artificially added.

Water fluoridation is the controlled addition of fluoride to municipal water supplies to reduce tooth decay. Tooth decay has become much more of an issue in the modern world with the introduction of such high levels of refined sugar into modern diets.

Dental cares are a major concern in most industrialised countries. However, some research suggests, the addition of fluoride is unnecessary, as most European countries have experienced marked declines in tooth decay without its use, which is largely attributed to the introduction of fluoride toothpaste in the 70s.

Fluoridation, however, can cause dental fluorosis, which can affect the appearance of developing teeth. The fluoride debate does rage on rather, as some schools of thought claim that the effects of  fluorosis are mild and generally not considered to be of aesthetic or public-health concern.

However, other camps claim that fluoride is a highly toxic substance and state the argument is more around the long term effects of fluoride at low levels, rather than the effect fluoride per se. You do also have to wonder why so many countries in Western Europe have rejected water fluoridation in their water supplies.

For more on fluoride, the Fluoride Action Network offers a lot of accessible information and research.

Volatile Organic Compounds (VOCs) are organic chemicals that contain the element carbon in their molecular structures and easily vaporise (give off a gas) at room temperature. They have no colour, smell, or taste.

VOCs can be found in many forms, including both human-made and naturally occurring chemical compounds and are present throughout our environment. They are standard ingredients in many products, from perfumes and paints to cleaning products and home furnishings.

Although inhalation is the primary source of exposure to VOCs, since they can move easily through the environment, they can also seep into soil and end up in groundwater. VOCs are less likely to be found in drinking water that comes from sources such as lakes, reservoirs or streams, since they tend to evaporate into the air.

Of the compounds regulated as VOCs in drinking water, a number have been described as human carcinogens, or probable or possible carcinogens. A number of VOCs have also been identified in the US, for example, which are currently not regulated.

Water companies are currently required to monitor for the regulated compounds and if they reach a level that exceeds the maximum they are required to act accordingly to ensure levels are reduced.

Like other pollutants, however, the potential for VOCs to be a possible health issue depends on the toxicity, concentration, exposure conditions and length or exposure. Factors such as age & general can also have an effect on the potential health effects.

See Drinktap.org for more details on VOCs and tap/drinking water.

Metals are inorganic substances that occur naturally in geological formations. Some metals are essential for life and are naturally available in food and water.

Trace amounts of metals enter our water supplies naturally, the problems start when water supplies are contaminated due to human activity. These activities include industrial processes, such as electronics and mining, agricultural activities, as well as the discarding of waste in landfills.

One of the most common toxic metals in drinking water is lead. Both lead and copper can leach from water pipes and soldered joints, particularly in older homes. Long term exposure at certain levels has been linked to nerve and brain damage.

See www.freedrinkingwater.com for more information on the potential health implications of heavy metals in drinking water.

Is There Anything Else in my Tap Water?

Other factors which can affect what is tap water are water softness or water hardness.

Hard water is essentially water that contains a high level of dissolved minerals, primarily, calcium and magnesium. Hard water can cause limescale build up among other things, but is generally considered to have no detrimental impact on health.

For more information on hard water and how to deal with it, see the article on Hard Water Test Kits.

Soft water on the other hand, is water that contains low concentrations of ions and in particular low levels of calcium and magnesium. The lack of these ions in soft water have given rise in some areas to concerns about the possible health impacts of drinking soft water, due to the low levels of calcium and magnesium, which are both essential minerals the body needs.

The flip side of this through is that minerals in water are inorganic and harder for your body to use – we actually get most of our minerals from food, which provides organic, easily assimilated minerals. So the situation with regards to what is in tap water and the implications is rarely black and white and at the end of the day, often comes down to personal decision.

Concerned About What’s In Your Tap Water? 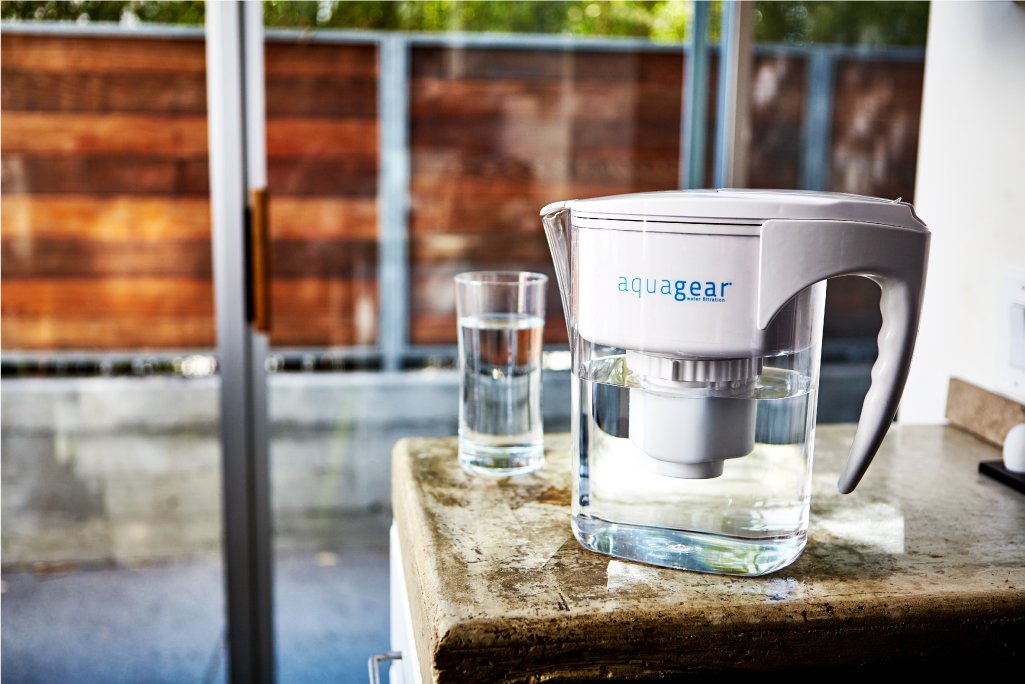 Also, it should be said, water treatment such as chlorine does effectively kills a large variety of microbial waterborne pathogens, including those that can cause typhoid fever, dysentery and cholera. So of course there is the argument that killing these pathogens outweighs the potential health implications of long term exposure to pollutants such as chlorine.

Drinking water, however, is a necessity of life and should be enjoyable, safe to drink and taste good.

So, if you feel concerned about the potential quality of your tap water supply, there are 2 key things you can do.

There are a number of options here. You can:

You may also want to consider the following, which are often things you can determine yourself, without the need for independent tests.

If your water smells or tastes bad, it’s probably a fair bet that your home would benefit from a water filter. Chlorine is often used to treat water and has a distinct smell and taste. Well water may also smell unpleasant.

If you can see particles in your water with the naked eye – often collecting in a glass of water, for example, that has been left for some time – again you would likely benefit from a water filter, as rust and sediment can be collected by the right filter.

2 – Invest In a Water Filter 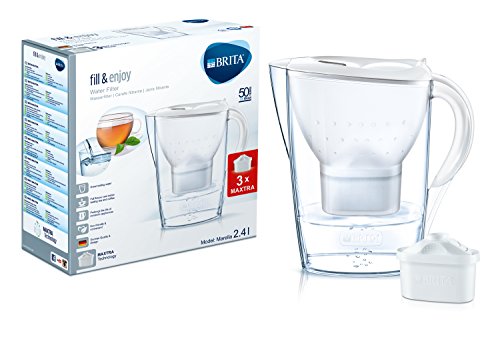 If you’re concerned about your tap water, the easiest way to reduce pollutants is to invest in a water filter.

Whilst there are many types of filter available, an affordable filter pitcher is an effective entry point for many people.

For larger budgets, a gravity fed filter, such as the Big Berkey is a powerful filter that should last you a lifetime and filter out most, if not all contaminants of concern.

To help you decide which water filter best meets your need, check out How to Choose a Water Filter.